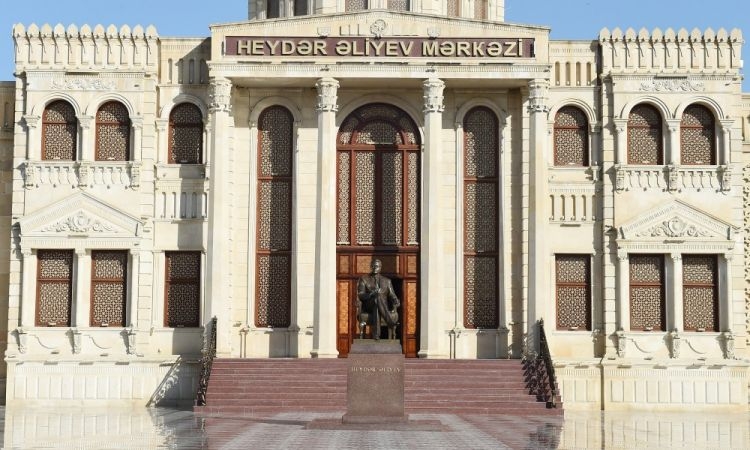 President of the Republic of Azerbaijan Ilham Aliyev has arrived in Khachmaz district for a visit.

President Ilham Aliyev first laid flowers at a statue of national leader Heydar Aliyev in the center of the city of Khachmaz.

Head of Khachmaz District Executive Authority Shamsaddin Khanbabayev informed President Ilham Aliyev of the projects being implemented in the district and the tasks set ahead.