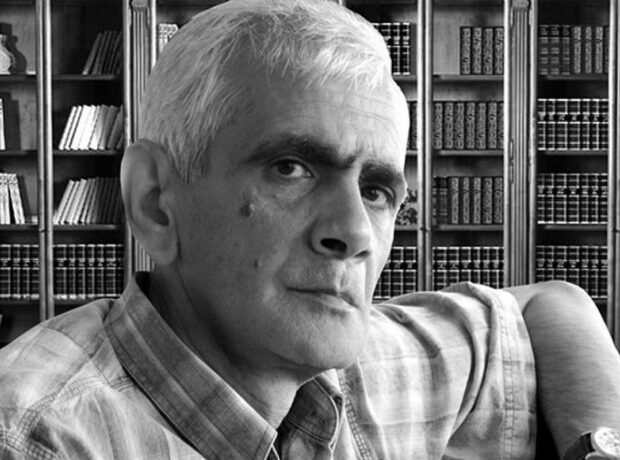 Undoubtedly, the meaning of life is individual but not unique and it can differ from person to person. There are a lot of internal and external factors that shape people’s way of thinking, which in turn determines their future decisions and choices.

In every society, the vast majority lives ordinary life carrying out their daily social and other duties. The importance of such duties vanishes once the individual fulfilling them passes away.

However, only a small percentage of individuals choose or are destined to live an extraordinary life leavening an enduring legacy to future generations. The essence of the missions of such people is not restricted to their biological existence. In contrast, their legacy gains huge significance even after their death.

Aydin Balayev was one of those historians who has an irreplaceable position in the contemporary history of Azerbaijan and whose legacy will long be studied by posterity.

In 1983-1985, he was a researcher at the Ethnography Department of Moscow State University. From 1985 he continued his doctoral studies at the Ethnography Institute of USSR Academy of Sciences in Moscow, graduating with a Ph.D. in History in 1988.

The prominent scientist began working in 1982 at the Institute of Archeology and Ethnography of ANAS. Later, he served as the program chair at the Center for National and International Studies and was a member of ANAS.

In 2001, he defended another dissertation on the Azerbaijani independence movement in 1917-1918 in Baku.

Moreover, Balayev published many articles on the history of the Azerbaijani independence movement in the 1980s-1990s, the Karabakh conflict and regional processes in the Caucasus in the United States, Great Britain, Germany, France, Canada, Denmark and Russia. In total, Balayev authored 72 books (16 of which were published abroad) and six monographs.

The history professor was the author of up to 90 scientific works and researches while working at the Institute of Archeology and Ethnography of the Azerbaijan National Academy of Sciences. Over 25 works of his have been published in foreign languages

The investigation of lives and activities of Azerbaijan’s founding fathers, as well as the history of the Azerbaijan Democratic Republic (ADR) (existed in 1918-1920), was mainline in Balayev’s scientific works.

He has incomparable services in the study and promotion of the heritage of the Azerbaijan Democratic Republic. His name is also at the forefront among those who shed light on the dark pages of Azerbaijan’s press history.

On December 8, 2021, the great historian passed away at the age of 65 after a long-term illness. Feeling deeply shocked about his death, people, including many public figures expressed their endless love and paid tribute to his memory.

“The death of prominent historian and brilliant personality Aydin Balayev is an irreplaceable loss for our science. Being a true scientist and professional researcher, Aydin Balayev was the author of more than 15 books on ethno-sociology, ethnic sociolinguistics, as well as the study of the formation of the national movement and the formation of national identity in Azerbaijan in the late 19th and early 20th centuries,” Prof Gulu Maharramli said.

The death of Aydin Balayev is an irreplaceable loss for Azerbaijani science. People will remember him as a respectable researcher, sincere and humble person.

1272
English
30 Aprel 2020 - 22:07
“International community should learn the experience of Azerbaijan in preventing the COVID 19 pandemic”